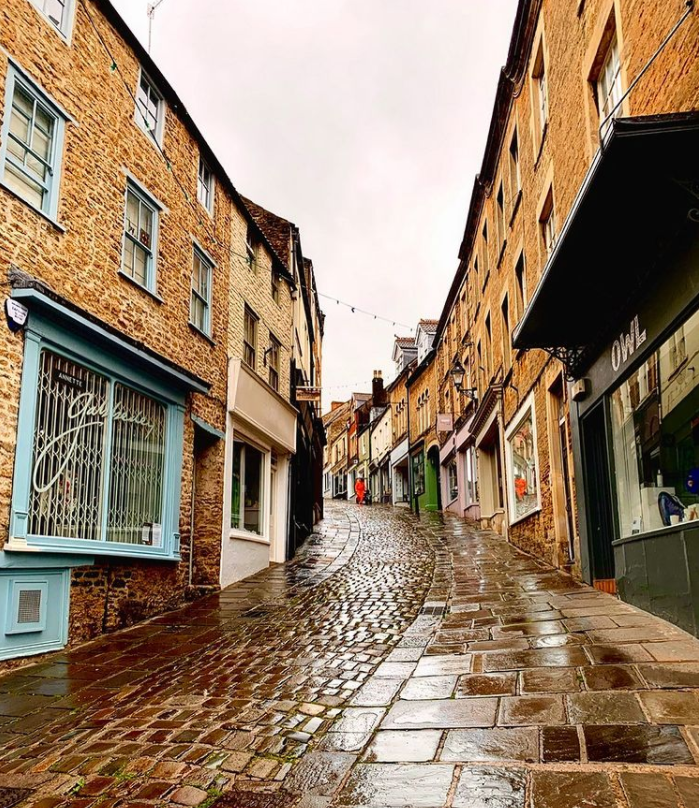 1. Frome is the most welcoming town in England

According to the Traveller Review Awards 2022, “Frome is a town full of charm and vibrance and is known for its community spirit. The town is jam-packed with culture, with a thriving art and food scene, which can be experienced at the many antique and vintage shops, independent café’s and restaurants, and in its entirety on the first Sunday of each month when the entire town transforms into a mini festival celebrating Frome’s heritage with local food, drink, artists and street entertainment. A town leading the way with their anti-loneliness scheme and bringing share shops and co-working spaces to the community, is sure to make anyone feel at home”.

2. Frome is also one of the best places to live in Britain

The Sunday Times rated Frome the best place to live in the South West, describing it as a “pretty, cobbled town that likes its shops the way it likes its politicians — independent.” It highlights Frome’s period architecture, plenty of independent shops and schools, canoeing in the River Frome, gorgeous riverside walks and a huge number of local groups, from ladies’ cycling and inland diving to Nifty Needles sewing. The Times also ranked Frome as one of the coolest towns in Britain!

3. It’s not pronounced how you think

It’s Froom not Frowm – and the BBC named it as one of the most difficult names to pronounce of places in the UK. It comes from a Celtic language, and describes the flow of the river as fair, fine or brisk.

4. Frome was once larger than mighty Bath

In the 1720s, Daniel Defoe declared Frome to be larger than Bath, and perhaps even Salisbury, the greatest and wealthiest inland town in England. This was largely from its cloth industry, with the River Frome powering the mills in the town.

5. There’s hidden treasure beneath the ground

Being so close to Bath and with a Roman road running south of Frome to Old Sarum (Salisbury), it’s no surprise that in 2010, the Frome Hoard, one of the largest hoards of Roman coins discovered in Britain, was found in a field near Frome, with some of the 52,500 coins now on display in the British Museum.

6. Many famous statues were made here

The town’s JW Singer brass foundry and bronze casting works produced the statue of Lady Justice on the dome of the Old Bailey, Alfred the Great at Winchester, and Boudica, which stands next to Westminster Bridge and the House of Parliament.

7. Frome has the most listed buildings in Somerset

Frome has over 350 listed buildings, the most in Somerset. There have been shops on Cheap Street since the 1500s – look out for the little leat (spring of water) running down it, and the Trinity area was built during a major expansion of the town from 1665 to 1725, creating a new artisans’ suburb, one of the earliest purpose built industrial housing in the country.

8. It also has one of the largest standalone farmers markets in the South West

Award-winning Frome Farmer’s Market is held on the second Saturday of every month and is one of the largest farmers’ markets in the South West. It’s an amazing place to discover fantastic tasting local food and drink, including meat, cheese, fruit and vegetables.

9. Frome is home to the first regular vegan market in Somerset

Somerset’s first regular vegan market, the Frome Vegan Market is held on the first Saturday of the month. Discover an amazing variety of vegan food, drink, clothing and cosmetics throughout the year, not just during Veganuary!

10. The UK’s first high street Library of Things is here

Just like a normal library, but for things instead of books! You can borrow anything from sewing machines and artist’s easels to an angle grinder and a fruit and wine press! What a brilliant idea!