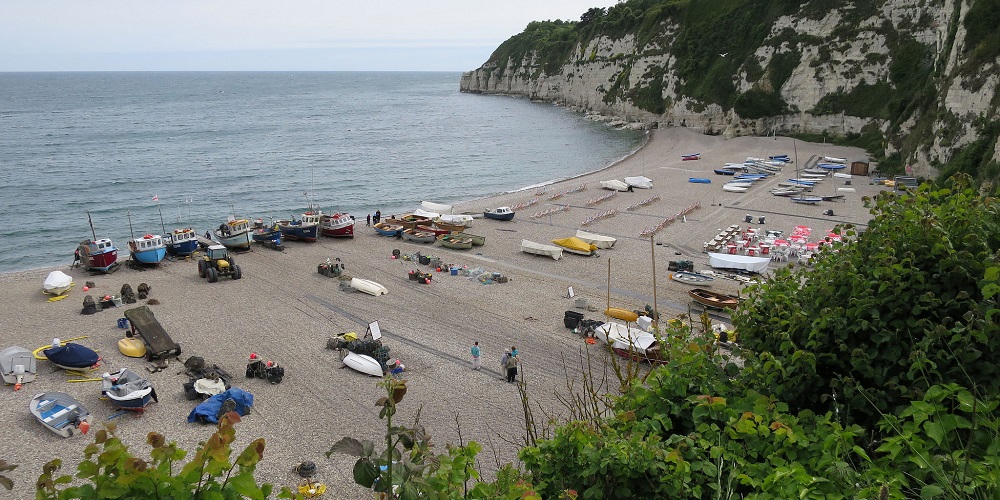 The beauty of staying in the Colyton area is that it is such a convenient centre for exploring so many of the delights of East Devon.

The town itself boasts the rather dubious reputation of being the most rebellious town in the county by virtue of the large number of its menfolk who volunteered to join the Duke of Monmouth’s ill-fated rebellion against King James the Second in 1685. Few were destined to survive the justice of Judge Jefferies and his Bloody Assizes, which resulted in either hanging or transportation to the plantations of the West Indies. The town still marks those events with its annual Monmouth Day in June which features a number of re-enactment groups.

Immediately to the North of Colyton lies the historic town of Honiton, which is famous for some fine Georgian architecture and a strong lacemaking tradition. The industry, which produced Queen Victoria’s wedding dress, is featured at the Allhallows Museum of Lace and Local Antiquities in the High Street.

For anyone interested in military history, it is worth making the extra journey on to the former WW2 airfield at Upottery, from where The Band of Brothers embarked for their parachute drop into Normandy on D-Day. There is an excellent little museum with an interesting display of related photographs and memorabilia.

Of course, what really draws most people to Colyton is its close proximity to the beautiful coastline stretching from Sidmouth to Lyme Regis. The nearby villages of Beer and Branscombe are particularly popular with locals for their beaches and exhilarating walks.

Beer is the quintessential English seaside resort, festooned with deckchairs and tea huts. Visitors can also go on mackerel fishing trips or on longer deep sea fishing jaunts. Alternatively you can buy fresh fish off the beach or wander up to the Anchor Inn and take in the splendid views while tucking into delicious cod and chips. Beer is also the home of Pecorama, where the whole family can enjoy rides on the miniature steam railway.

Branscombe is another very popular destination just to the West of Beer. More a hamlet than a village, it boasts an extensive beach with a car park and café. Things have quietened down a bit now from those days in 2007 when the MSC Napoli was holed and eventually beached here following widespread looting of the cargo washed up along the shore. On the way back from the beach, stop off at the Mason’s Arms which has always been known for quality food.